I got into this goddamn argument with a transwoman. I shouldn’t have—it’s a waste of time and I know it, but he commented here a couple of times so I was following his blog for a while. I’ve learned my lesson! 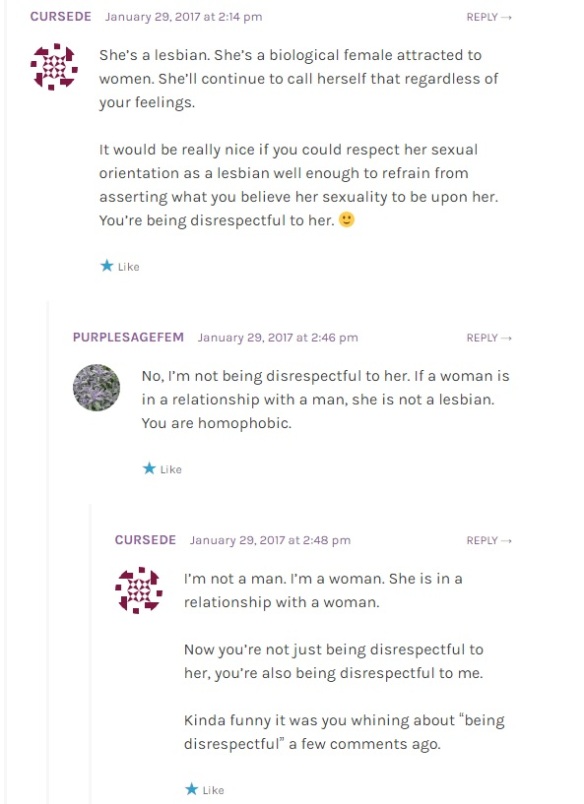 The link he provided here basically amounts to “I’m a woman because I say I am, and I don’t care what you think about it.”

A man is an adult human male, and it’s not “phobic” to state that either, it’s a neutral fact.

Lesbians are females attracted to females. We can have any “gender” we want, but homosexuality means attraction to the same sex, not the same gender.

No man is ever a lesbian, no matter what. Not if he takes artificial hormones, not if he has surgery on his penis to turn it inside-out, not if he wears makeup or a dress, and not if he gets his documentation falsified by putting an “F” on it under “sex.” He’ll never be female and he’ll never be a lesbian.

When transwomen insist upon dismissing what actual lesbians have to say while calling themselves lesbians, they are displaying their lack of respect for women and for lesbians. They are demonstrating that they do not deserve our support.